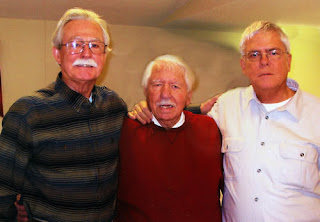 Michael and his wife Joyce live on a mountain overlooking Watauga Lake near Hampton, Tennessee. They like to hike on the , just below the house and kayak on the lake. He and his wife Joyce each have a daughter. His screen writing ultimately led to the writing of Fish Springs, his first published novel. Life is good.

He is a former general manager and editor of community newspapers in Kentucky and Illinois, and has published many travel articles in the Charlotte Observer. He also has published frequently in journalism trade publications.

Growing up in East Tennessee, he heard many colorful stories about Fish Springs from his father, Lawrence C. Timbs, and his grandfather, James Avery Timbs (both natives of Fish Springs). He edited his father’s 1981 self-published book Tragedy at Old Fish Springs.

Fish Springs: Beneath the Surface is his first novel.


Larry's father, Lawrence C. Timbs, pictured above, died at the age of 90 in Elizabethton, Tenn. But not before he knew the story told to him by his grandfather would be kept alive—in the new book Fish Springs: Beneath the Surface. 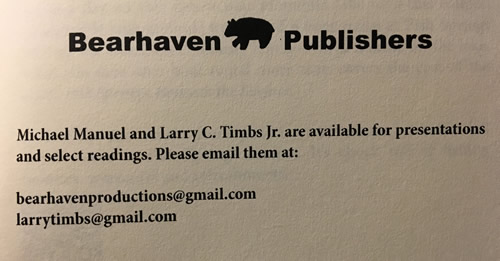 Email ThisBlogThis!Share to TwitterShare to FacebookShare to Pinterest
Home

Our Second Novel
Justice For Toby