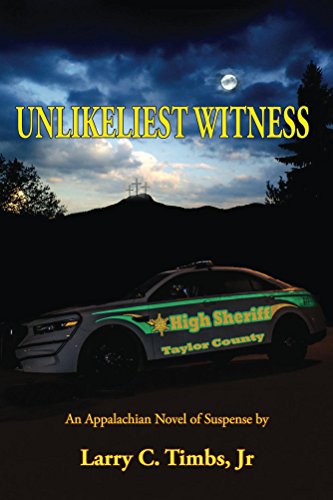 When evil descends on what had always been a “friendly, lovely little town” in the mountains of East Tennessee, High Sheriff Ethan Coffmann faces his greatest challenge. At stake are the safety of his community, his reputation and career, his family and even his sanity. A combat-tested decorated Marine veteran, the high sheriff must draw on all his skills—and then some—to catch a gruesome serial killer.

The plot thickens when the community’s bombastic newspaper publisher, one of the sheriff’s close friends, demands that his paper play a pivotal part in helping apprehend the murderer. Also playing key roles in the investigation are a sketch artist who hangs around with the wrong crowd, an editor who gets his eyes opened about freedom of the press in a small town, and a bubbly young woman with Down’s syndrome. There’s a group of irate Concerned Citizens who demand justice—their anger fueled by the surge in gossip and fear at the morning coffee “liars’ tables” around town.

Is it the end of the road for the beleaguered High Sheriff of Taylor County, Tennessee? Or will the sheriff somehow turn the tables and get his man?

Read all about it in this Appalachian tale of intrigue and suspense—that features a small town’s residents, and their power structure, gripped in terror.
Email ThisBlogThis!Share to TwitterShare to FacebookShare to Pinterest
Home

Our Second Novel
Justice For Toby